There was a question on r/askscience this week wondering whether you could tunnel deep enough under the surface of Mars to find the sweet spot that would allow a human to live without a protective suit. They’d still need some sort of breathing equipment, obviously, but pressure and heat could, in theory, reach a comfortable level for humans.

I asked myself this same question when writing Trajectory Books 1 and 2, but came about it from a slightly different angle: I was looking at the triple point of water charts and trying to determine at what depth you could find liquid water below the surface of Mars. 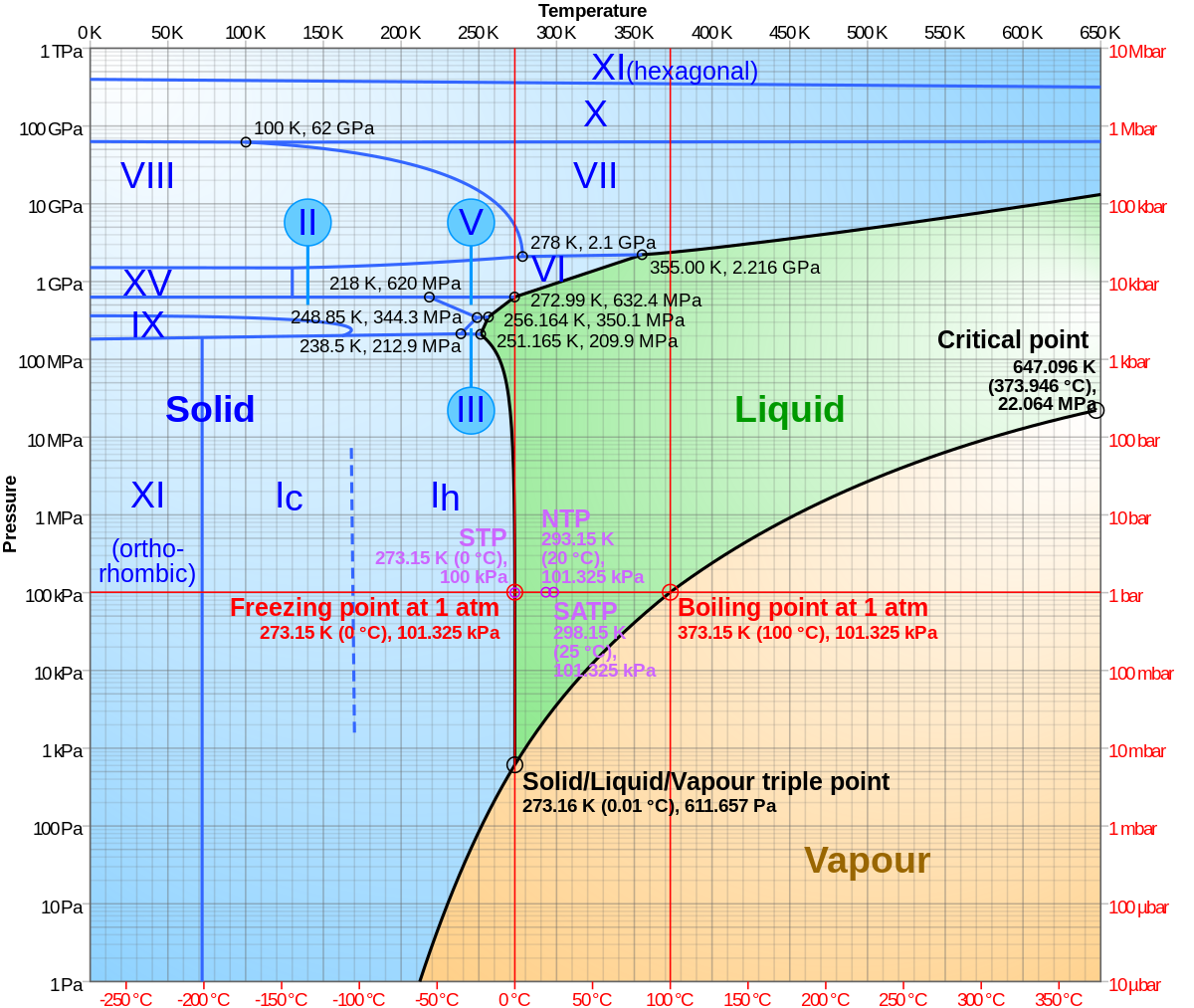 It turns out the maths are pretty straightforward. For atmospheric pressure, you have a “scale height” of 11km. Pressure doubles for every one of these. Starting with Mars’ base pressure of 0.6kPa, this gives us a depth of about 50kms to reach 1 Earth atmosphere. But only about 20-25kms depth, to reach pressure equivalent to the top of Mount Everest, a place humans can survive, albeit under extreme conditions, without a pressure suit.

That gives us a usable range to work within. The next question is livable temperature. Martian ambient temp ranges from about 130-300K, varying with latitude and the seasons similar to Earth. (Mars’ axial tilt is 25º compared to Earth’s 23º – pretty close!)

There is some debate on whether or not Mars’ mantle is still molten or not. Does it have a solid or liquid core? We know the volcanoes have been dead for a long time, so it’s very likely that Mars is solid to a considerable depth.

(updated, see parens) I asked my geologist friend about this and it spun some interesting discussion, but he was fairly insistent that the temperature gradient beneath the surface is 8K / km. I found this surprising, but accepted it as a starting point (this paper (pdf) gives good credence to his reasoning). A lot depends on the composition of the Martian regolith and how many radioactive isotopes are buried within it. The reddit thread’s top reply had a more conservative 4K / km (using adiabatic temperature of atmosphere and not geological processes). Earth is a whopping 25K / km. We don’t get to dig very deep before it gets uncomfortable.

Assuming a springtime temperature of -100ºC, that gives us a depth of 15kms below the surface to achieve a comfortable 20ºC. We can double that if the gradient’s only 4K / km.

So that’d be pretty close to survivable. You can change the numbers in either way to get a range for potential underground lakes and water sources. There could be other interesting liquids down there too. Liquid lakes of CO2, hydrocarbons. Almost certainly methane.

All of this assumes digging through the regolith to these depths is even possible, from an engineering perspective.

Put your words in the talk hole! Cancel reply